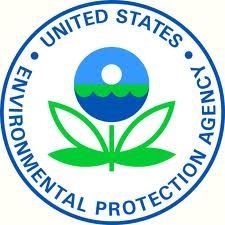 (Bloomberg) — A program to boost the use of biofuels in the U.S. has become vulnerable to scams that have bilked victims out of nearly $1 billion so far, warns a former Environmental Protection Agency official in a white paper funded by an opponent of the initiative.

The assessment by Doug Parker, the previous director of the EPA’s criminal investigation division, comes amid climbing scrutiny of the Renewable Fuel Standard that mandates biofuel use and the $15 billion market in biofuel credits that can be traded to prove compliance. Without changes, Parker warns, the RFS is “persistently open to large-scale, continuing misconduct” that undermines its green goals.

Valero Energy Corp., the largest independent U.S. oil refiner, commissioned the 13-page report being released Monday as part of a lobbying campaign to convince lawmakers and the EPA to shift the burden for complying with the annual biofuel quotas away from refiners and importers to blenders who mix biodiesel and ethanol. Carl Icahn, the majority owner of CVR Energy Inc., also has complained about the status quo, casting the trading of biofuel compliance credits as so potentially lucrative it would lure Colombian drug lords away from dealing cocaine.

Under the program, refiners and importers can blend in biofuel themselves to satisfy annual quotas. Those that fall short — or lack the blending infrastructure to do it themselves — can buy credits known as renewable identification numbers to meet the mandates. Those RINs are produced with each physical gallon of biofuel but are separated from the physical commodity once it is blended into fossil-based motor vehicle fuel.

The U.S. government has prosecuted at least eight fraud cases concentrated on biodiesel, in which artists lured by sometimes high RIN prices have borrowed tactics from wildlife smugglers and health care fraudsters to sell fake credits and pretend to produce phantom fuel.

The biofuels industry pushed back against Parker’s conclusions.

Brooke Coleman, executive director of the Advanced Biofuels Business Council, said it’s wrong to suggest it’s hard to enforce or comply with the RFS. “It’s really quite simple. Blend renewable fuels or buy credits,” he said by e-mail. “This is all oil industry smoke and mirrors designed to make the federal government nervous about enforcing a program that is working.”

There have been “a few isolated cases of RIN fraud in the biodiesel sector,” but that “has not been an issue at all with ethanol RINs,” said Geoff Cooper, senior vice president of the Renewable Fuels Association.

Parker, now president of the consultancy Earth & Water Strategies LLC, argues that the structure of the RINs market, designed for efficiency, “ultimately opened the door for misconduct” by creating a long, indirect chain of custody for each of those credits, which can change hands many times before being retired. And the blenders who can profit from selling RINs — but may not own refineries and thus don’t have to meet annual quotas — bear no responsibility to ensure the credits are valid.

After an initial wave of fraud, the EPA made changes, including creating an optional third-party verification system for biofuel credits and joining forces with the Commodity Futures Trading Commission to root out bad actors. Parker argues the agency needs to go further; by shifting the compliance burden “to those making the decisions on who to purchase and blend fuel from,” the EPA would “much better align risk and incentivize due diligence” across the sector.

Parker’s entry into the biofuel debate marks a second Obama official to weigh in heavily on the issue. Ron Minsk, a former special assistant to President Barack Obama on energy and the environment who now advises refiners on the program, told a Senate panel that Renewable Fuel Standard is due for an overhaul.

The cost of RINs for ethanol compliance have almost tripled in the past year to 87.5 cents, according to the Jupiter, Florida-based brokerage StarFuels Inc., and data compiled by Bloomberg. Prices could rise more if refiners stockpile those credits or if third-party speculators buy them, Bloomberg Intelligence analysts Brandon Barnes and Gurpal Dosanj wrote in a report Monday.

–With assistance from Mario Parker.