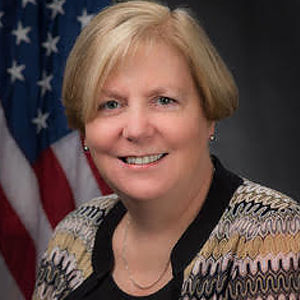 Recognized as a bipartisan problem-solver, Susan Bodine has over 30 years of experience in the executive and legislative branches of government and in private practice.

Prior to joining E&W Law, Susan served as the Assistant Administrator for U.S. EPA’s Office of Enforcement and Compliance Assurance (OECA). Prior to this position, she served as Chief Counsel for the Senate Committee on Environment and Public Works and previously worked for the House Committee on Transportation and Infrastructure.

As Assistant Administrator for U.S. EPA’s Office of Enforcement and Compliance Assurance (OECA) from 2017-2021, Susan Bodine managed over 550 headquarters employees and provided direction to 1,800 regional employees to assure compliance with and enforce federal environmental laws and to secure environmental cleanup actions, utilizing a budget of over $500 million. To carry out these responsibilities, in addition to working with EPA staff, Susan worked with state enforcement agencies to achieve common goals and carry out common responsibilities, worked with other federal agencies to ensure they met their environmental obligations, and worked with the U.S. Department of Justice on EPA’s judicial matters.

From 2015-2017, Susan served as Chief Counsel for the Senate Environment and Public Works Committee, which has jurisdiction over all environmental and fish and wildlife protection laws as well as the Federal Highway Program, the civil works program of the Army Corps of Engineers, and other infrastructure authorities. She helped advance its legislative and oversight agenda, orchestrating oversight hearings and reports, drafting and negotiating many legislative provisions to gain bipartisan support, working with other Senate and House Committees and with Senate Leadership to advance committee legislative priorities, and helping communicate the objectives and successes of the committee.

She oversaw the development of significant rulemakings, including revisions to the Resource Conservation and Recovery Act Definition of Solid Waste, the Clean Water Act Spill Prevention, Control and Countermeasure regulations, and the exemption reporting air releases from farms under both the Comprehensive Environmental Response, Compensation, and Liability Act and the Emergency Planning and Community Right to Know Act.