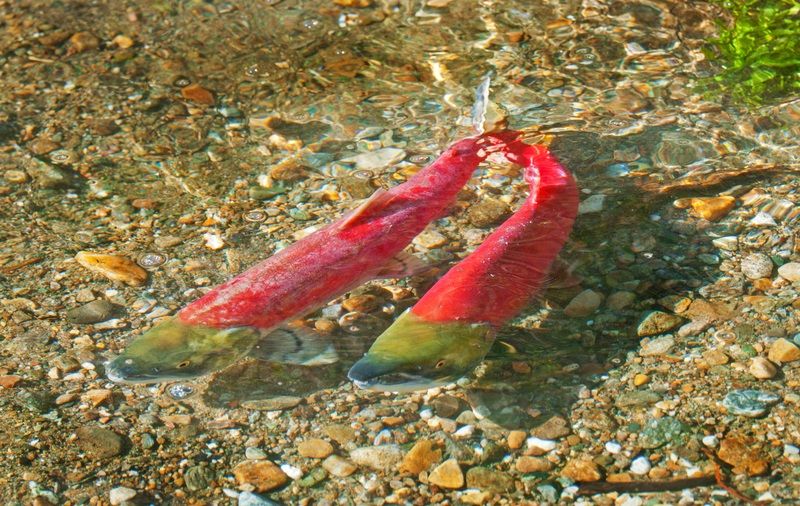 On October 18, the District Court for Western District of Washington rejected EPA’s motion for summary judgment arguing that the Clean Water Act, 33 U.S.C. § 1251 et seq. did not require EPA to develop a temperature Total Maximum Daily Load (TMDL) for the Columbia and lower Snake River.  (court order linked here)  The Columbia and Lower Snake are native habitat for multiple species of salmon and steelhead – including several threatened and endangered anadromous fish species – that migrate downstream to the Pacific Ocean as juveniles and back upstream as adults to spawn.  These cold-water fish are protected under the Endangered Species Act (ESA), 16 U.S.C. § 1531 et seq. and generally depend on cool temperature ranges for migration, spawning, and rearing.

EPA argued that Columbia Riverkeeper’s suit should be dismissed because EPA, working with states and federal dam owners, had taken several actions to address temperature, including a 2003 draft TMDL; a 2000 memorandum of agreement with Washington, Oregon, and Idaho addressing temperature; and including engaging dam owners  Bureau of Reclamation, the U.S. Army Corps of Engineers, and Bonneville Power Administration in TMDL development and temperature management.

EPA explained to the court that data developed with these states and dam owners indicated that the most substantial ‘human caused’ contributions to temperature increases in the river system were attributable to the federal dams and non-point source or storm water runoff. EPA and the states assessed point source discharges (regulated by the CWA) and determined that the cumulative contribution of the 108 point sources on the rivers was  “de minimis” in comparison to the effects of the dams and was not large enough, in itself, to cause temperatures to rise above the draft TMDL’s temperature limit.

Under the controversial ‘constructive non-submission’ legal theory under the Federal Administrative Procedures Act, 5 U.S.C. § 551 et seq., the Court determined EPA’s failure to finalize a temperature TMDL constituted construction submission of ‘no TMDL’ and gave EPA 30 days to either approve and finalize, or deny, a TMDL.  Even with the work to date, 30 days constitutes an inordinately brief period of time and of course does not allow for requisite public notice and comment required by the Clean Water Act (CWA); likely consultation under the Endangered Species Act; possible consultation under Federal dam authorization and operational statutes; and the extensive considerations of water quantity balance necessary for any water quality related decision involving dam operations.  The court noted that climate change and global temperature effected salmon and steelhead in Columbia and Snake River, also triggering the need for that complex analysis to be included in a final TMDL to withstand future judicial scrutiny.

This decision and the Columbia/Snake TMDL may set the tone for how climate change and increasing global temperature issues are addressed in aquatic environments under both the CWA and ESA.  Increasingly ambient temperature of national waters increase as a growing proportion of storm water and dam discharges not addressed by traditional CWA or federal/state mechanisms.  ESA consultation in a system with multivariate regulated and non-regulated contributions has proven complex for science and regulatory mechanisms.