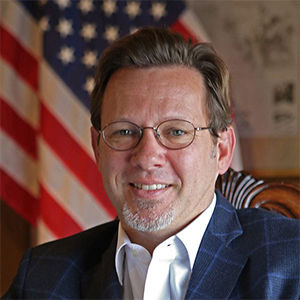 As an environmental lawyer and former corporate executive and senior U.S. EPA official in EPA’s Offices of Water and Congressional and Intergovernmental Relations, Brent brings a wealth of knowledge and unique perspective to his clients in navigating the regulatory and political arenas in Washington DC. As a highly regarded thought leader on environmental policy and governance matters, his counsel and opinions are sought out by corporate and government leaders around the globe. Brent brings unparalleled energy and passion to the issues in a way that few do to help his clients navigate in an increasingly complex and nuanced regulatory environment.

Brent got his professional start as a environmental scientist in Raleigh, NC where he prepared NEPA documentation (EIS/EA/FONSIs) for his construction clients and helped others with obtaining Section 404 and 402 CWA permits. He went on to join McLaren/Hart Environmental Engineering in Pittsburgh, PA where he focused on EHS compliance auditing, transactional due diligence, and the cleanup of contaminated Brownfields and CERCLA sites.

Prior to Earth & Water, Brent served as the Principal Deputy Assistant Administrator in U.S. EPA’s Office of Water in Washington, DC (2004-2007), where he oversaw the nation’s drinking water and surface water programs.  During that time, he also served as the Acting Associate Administrator for the Office of Congressional and Intergovernmental Relations where he helped manage the agency’s relationship with members of Congress and state and local leaders. He subsequently served as the Sr. Vice President for Environment, Health & Safety at Suez Environnement where he managed day-to-day regulatory compliance for SE’s U.S.-based subsidiary, United Water.  Brent has practiced law at Jones Day, Hunton & Williams and, most recently was a Partner with the law firm of Troutman Sanders.

Over his career, Brent has been involved in some of the nation’s largest environmental cleanups and significant matters arising under CERCLA and the Clean Water Act, including complex civil and criminal investigations, cost-recovery, permit challenges and appeals, policy development and rule-makings. He has been deeply involved in helping to establish and advise his clients on emerging environmental markets to promote environmental restoration. As a former corporate executive, Brent advises his clients on corporate governance, enterprise liability management, compliance programs, auditing and internal investigations, and sustainable practices to manage reputation and brand identity. Brent serves on a number of boards, including the Wine to Water, a non-profit committed to providing global access to clean water to those in need, the American Conservation Coalition, and the Earth Stewardship Alliance. In 2012, Brent also established the blog, www.conservefewell.org, to promote conservation and change the political dialogue on environmental stewardship.